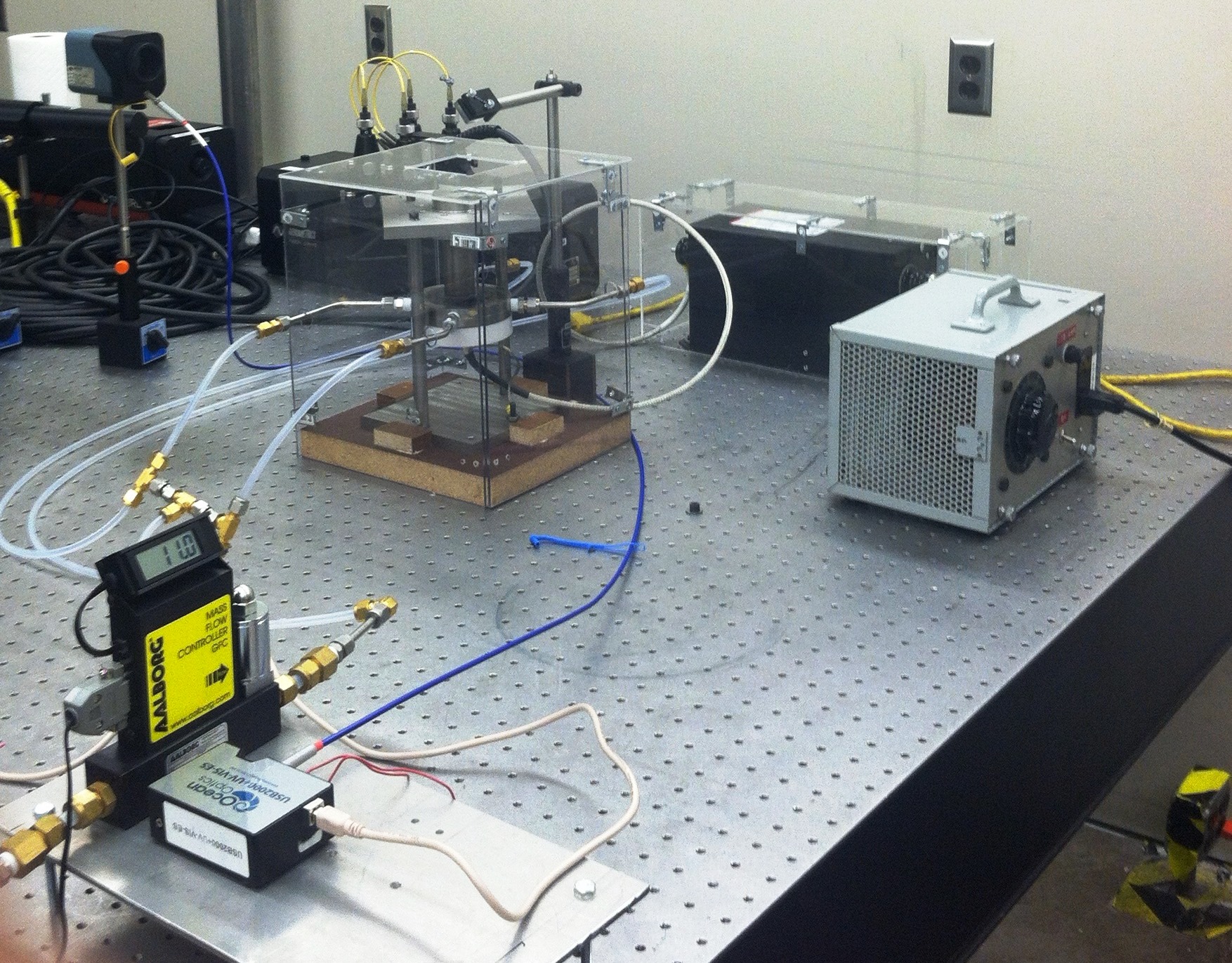 A rotating arc generator is used to generate the non-thermal electric discharge. Optical measurement (atomic emission spectroscopy) is used to study the radical species generated as a result of the non-thermal electrical discharge. This radical species generation in a fuel mixture leads to increased system reactivity and fuel reformation, thus improving combustion performance. The introduction of active species prior to the reaction zone considerably affects decomposition of fuel and oxidizer ignition processes, lean flammability limits, flame-holding mechanisms and emissions formation processes. The rotational, vibrational and electronic temperatures of the stream containing these radical plasma species are also estimated from the emission spectroscopy studies using the SPECAIR code.

A kinetic model for a reacting methane/air flow mixture will be developed as part of this project. This investigation sheds light on the process of steps needed to be followed for the investigation the plasma species which will render itself helpful in a reacting flow plasma study planned in the future.

Ultra-lean premixed plasma assisted combustion is an area of interest where research will be continued. Ultra-lean combustion is majorly used in low temperature combustion applications for pollutant control (particularly thermal NOx) in gas turbine applications. As non-equilibrium plasmas have lower temperatures than equilibrium plasmas, they are ideal for low temperature combustion applications. In conjunction with this idea, an ultra-lean flame would be stable due to the support from electric discharge in addition to being less polluting. Validity of the fact of stability of an ultra-lean plasma assisted flame is proved through studies which show a reduction in ignition delay time and extension of lean flammability limits. The radical species generation in non-thermal plasma also results in abatement of NOx and other pollutants and can be used in synergy with other catalytic pollutant reduction strategies. The small-scale turbine, available at CSEL lab at Michigan Tech, would prove an excellent resource for plasma assisted combustion gas turbine studies in the future. Kinetic modeling will be further developed using the data obtained from such plasma combustion studies. This will lead to both validation of the kinetic model developed in the present proposed work as well as open doors for its additional development.