“When power is lost due to natural or man-made disasters, it is a top priority to get the power network restored as quickly as possible. But if the existing infrastructure is destroyed, what do you do? These autonomous ground robots can be deployed to establish a mobile microgrid.”

Diverse Education (2/10, Morris) reports on Dr. Nina Mahmoudian, assistant professor of mechanical engineering-engineering mechanics at Michigan Technological University, who has been “designing better unmanned vehicles that take water samples or search the floors of oceans and lakes.” Mahmoudian said that whether “I deal with an airplane or an underwater glider—it looks the same. It’s fluid, just different densities and different environmental challenges and interactions.” She has been working the problem of how to keep “autonomous underwater vehicles” operating by finding “a way to recharge on the fly.”  http://diverseeducation.com/article/81060/

Dr. Nina Mahmoudian has received the National Science Foundation’s (NSF) prestigious CAREER Award to study the continuous operation of autonomous vehicles. In other words, she is finding ways to make robots do their jobs longer with no human intervention.
See the full story in Michigan Tech News. 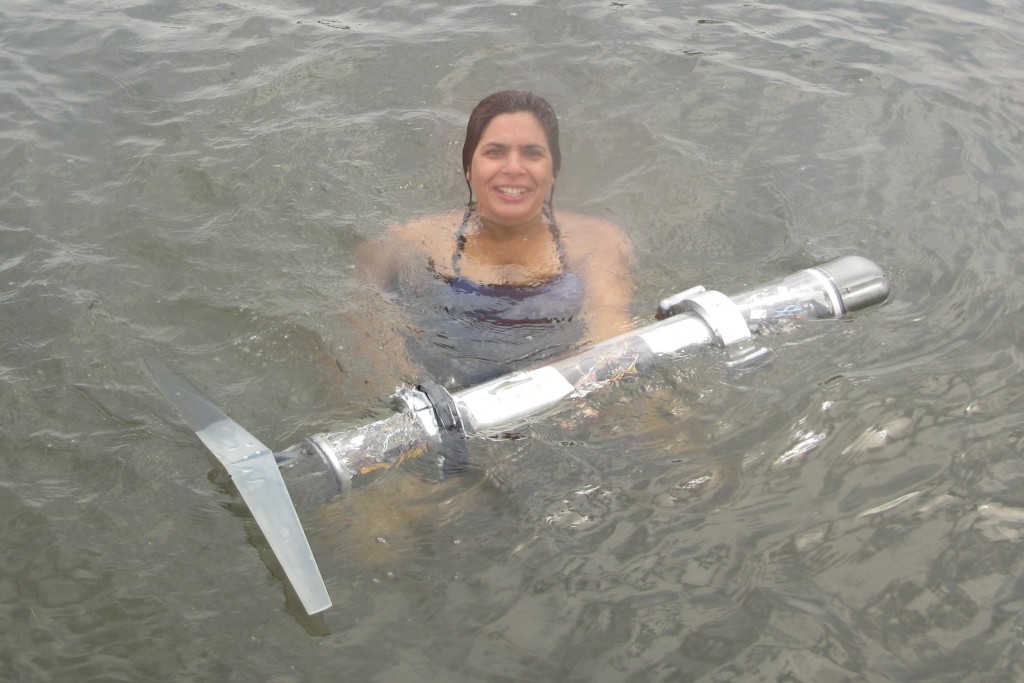 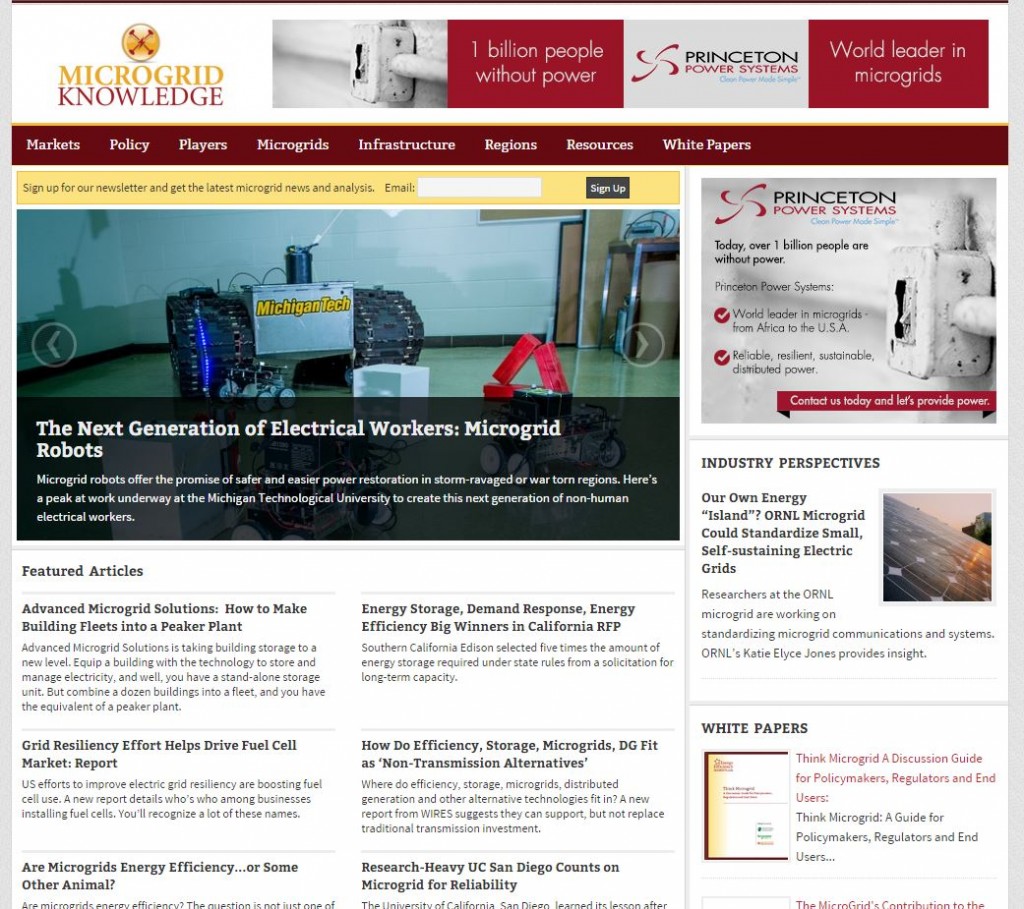 The Nonlinear and Autonomous Systems Lab has been featured on the front page of Microgrid Knowledge, deemed the “Next Generation of Electrical Workers.” Check out the article here

Matt Roush of the Engineering Society of Detroit visited NAS Lab as part of his Tech Tour:

Mahmoudian’s Nonlinear and Autonomous Systems Laboratory was established in 2011, when she got to Michigan Tech. It’s researching the use of robots for novel applications, such as restoring power to areas devastated by natural disasters. “We’re seeking solutions for the effective use of robots in complex environments like disaster relief, where it’s not easy to predict what’s going to happen,” she said. “We’re developing robots and software to bring down costs, increase endurance and increase efficiency.”

Included are unique underwater gliders that don’t have propellers. Instead, they’re propelled by water — tiny battery-power motors pull water in and push it out, and the “wings” on the glider make it rise and fall as it’s pushed through the water. The lab has received funds from the Office of Naval Research to develop a fleet of the underwater gliders for a variety of applications.

And it’s working on a fleet of land-based robots to help deploy a microgrid for cell towers or a field hospital after a disaster. Mahmoudian is also involved in Michigan Tech’s summer programs for middle school and high school students, who build simple gliders and test them in the lab.

Nonlinear and Autonomous Systems Lab has been featured in a few new articles:

“We want to have a robot that can universally serve different loads,” Mahmoudian said. …Mahmoudian also envisions more robots working together to deliver power.  “I’m thinking we ought to have 10 robots working together,” she said.  That would allow the system to accommodate different types of equipment needing power at different voltages.  “Having small robots, we are limited in the size of the power source they can carry,” she said.  “You might have robots that are extending the connection, and we can use robots connected to each other to deliver higher voltage.” 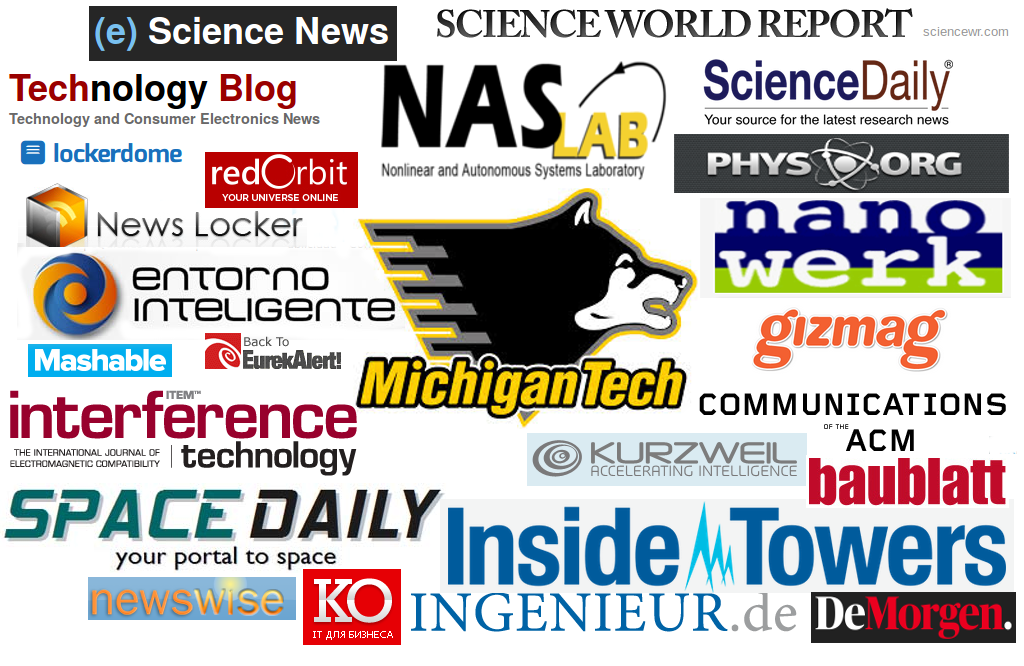 The Nonlinear Autonomous System Laboratory was recently featured across the web in various languages for the work on developing robot teams capable of restoring power post-disaster. These featured news articles include: 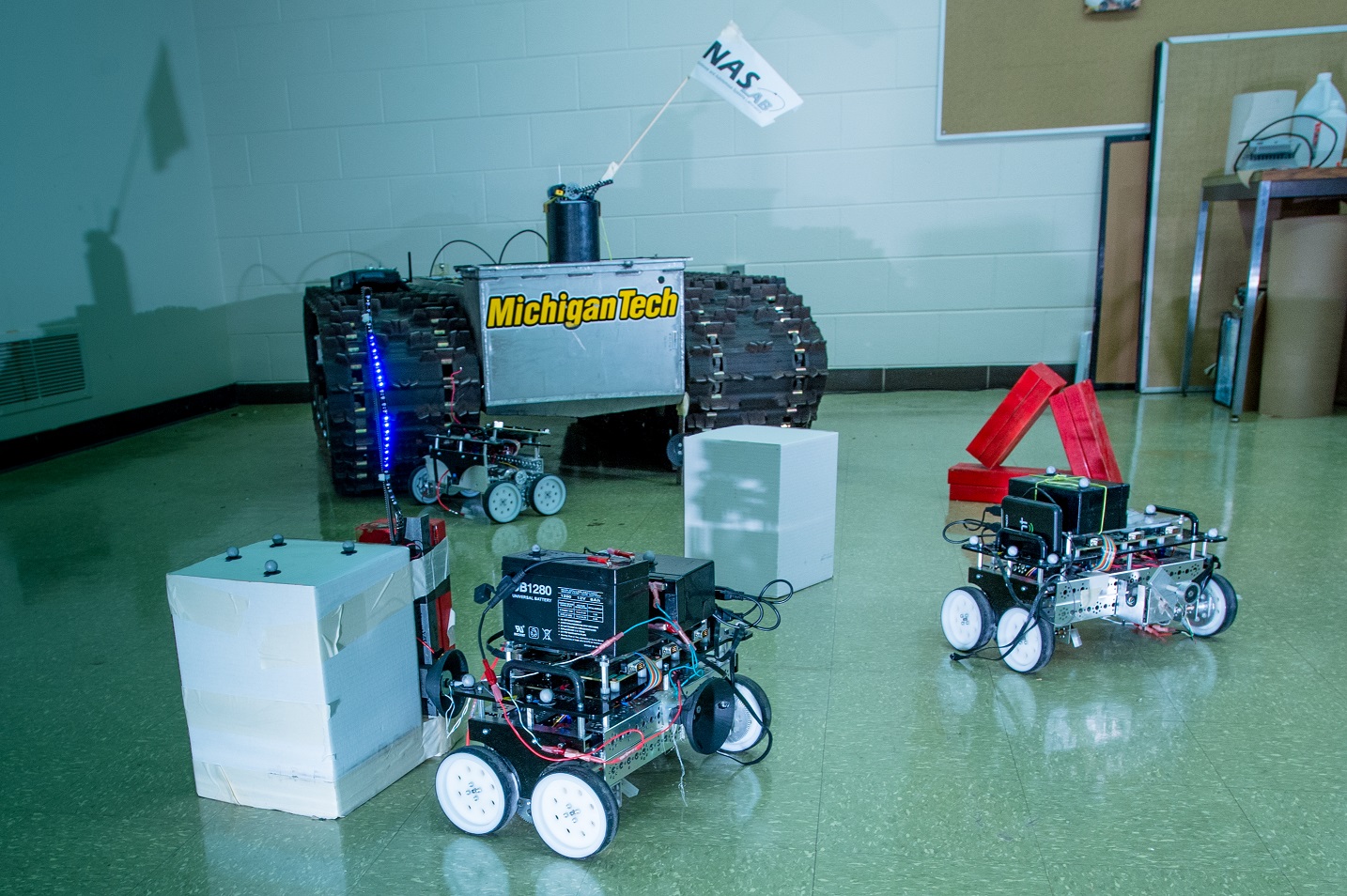 “Big disasters almost always result in big power failures. Not only do they take down the TV and fridge, they also wreak havoc with key infrastructure like cell towers.  That can delay search and rescue operations at a time when minutes count.

Now, a team led by Nina Mahmoudian of Michigan Technological University has developed a tabletop model of a robot team that can bring power to places that need it the most….” 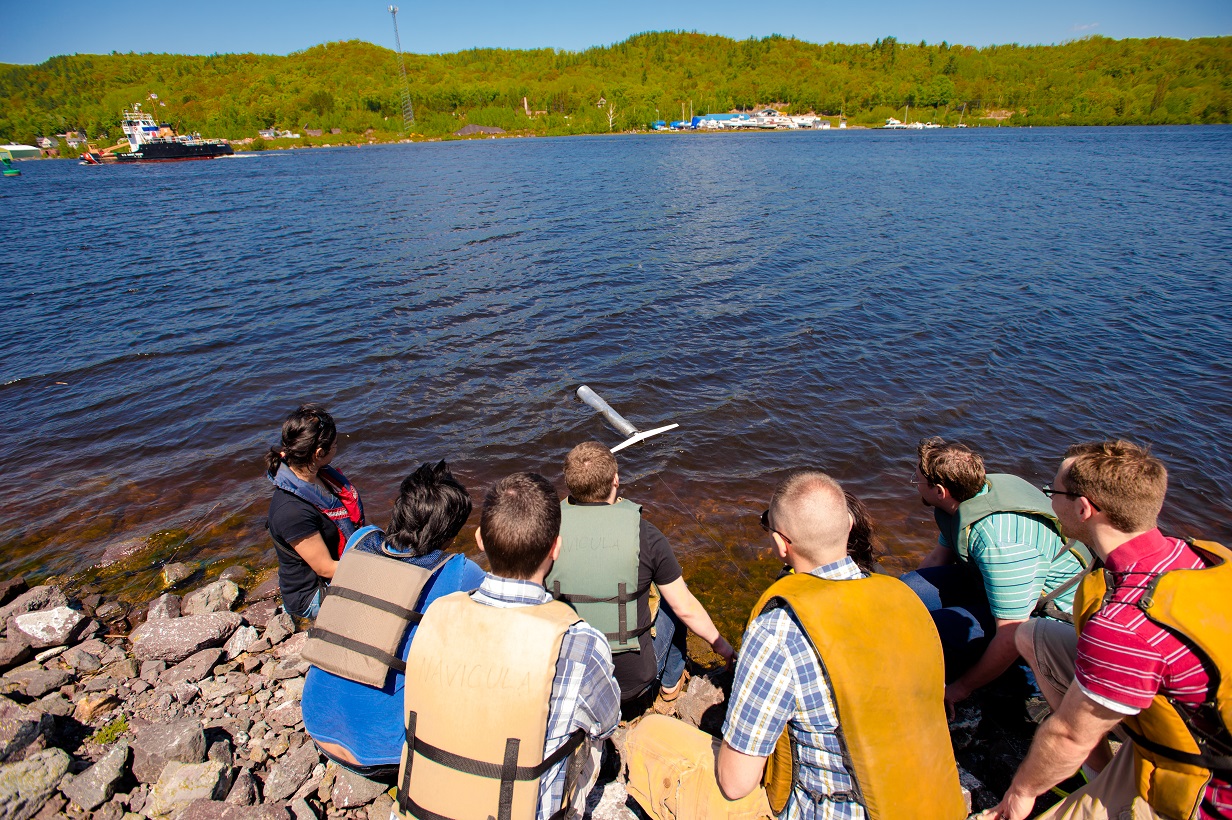 “Autonomous underwater vehicles only operate on their own after they’ve been programmed, following the plan and survey course they’ve been given. This is good for monitoring and data collection, but existing AUVs are less ideal for locating items lost underwater….”