The mobile power-grid project envisions a swarm of autonomous robots being inserted into a natural disaster zone. This concept will create a new capability for power-grid deployment in applications such as reestablishing power after a disaster to accelerate search, rescue, and recovery efforts. The aim is to develop a system which will be able to robustly reconfigure itself physically and electrically to adapt in any change in environment situation, power demand, and power generation. The ultimate goal of the proposed work will be intelligent power electronics and a distributed autonomous mobile microgrid capable of regulating power flow at a desired voltage and frequency level, meeting load demands. 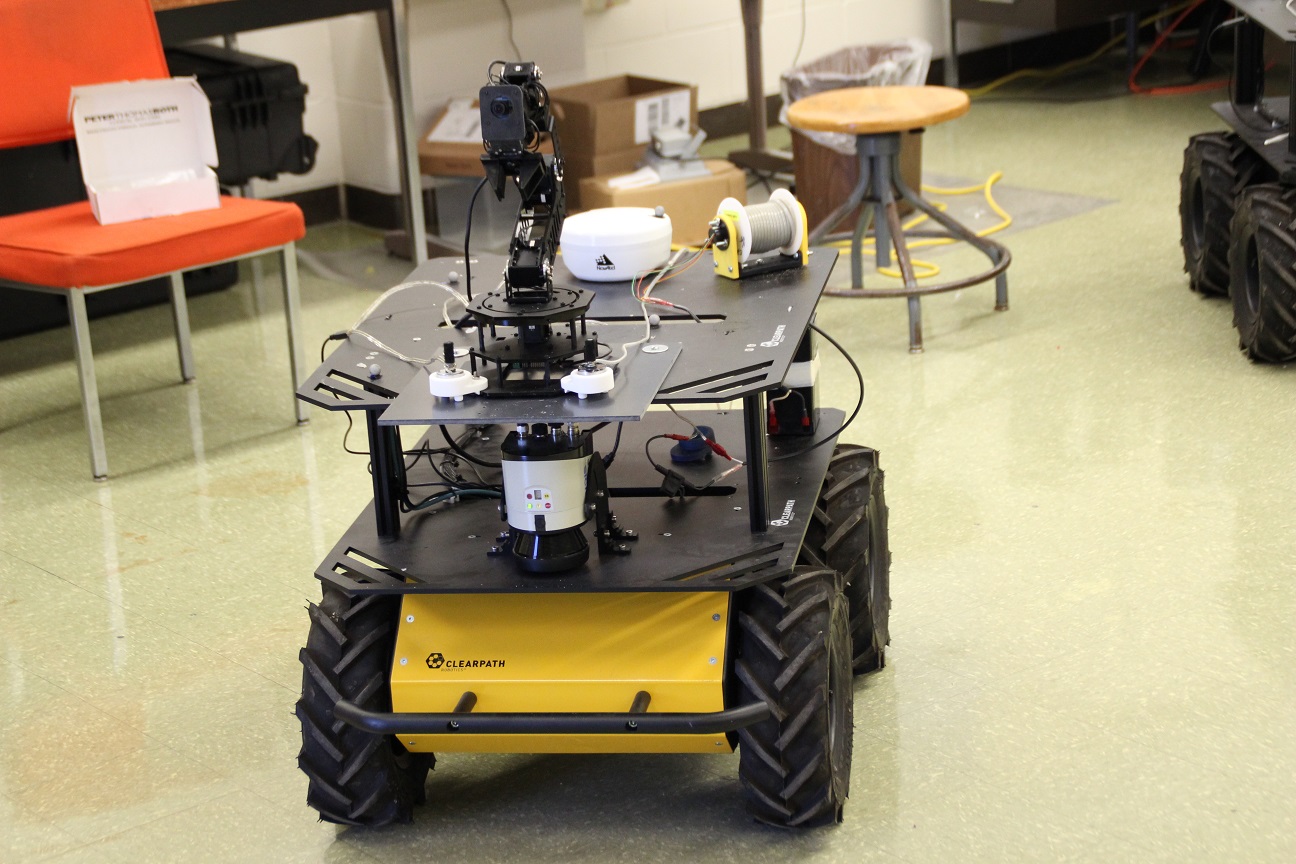 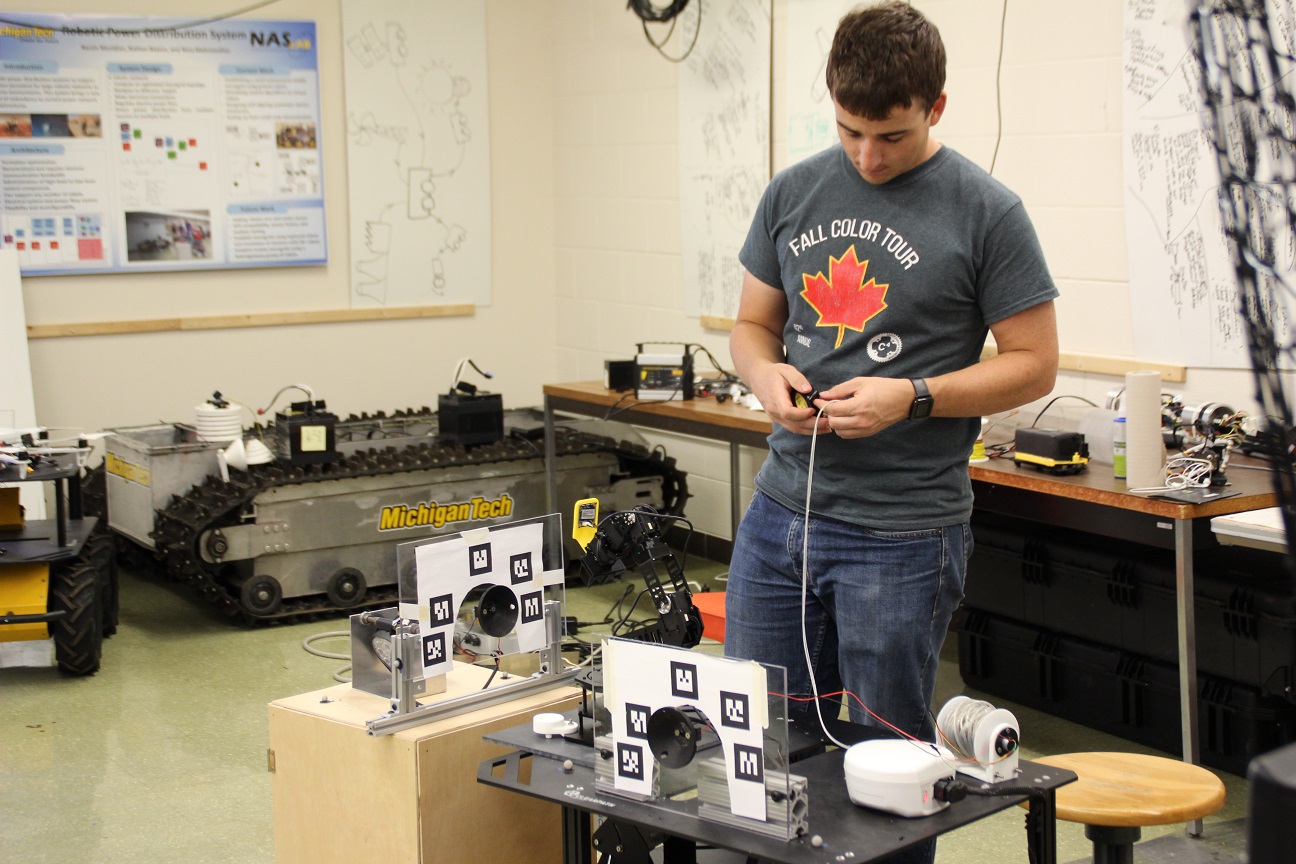 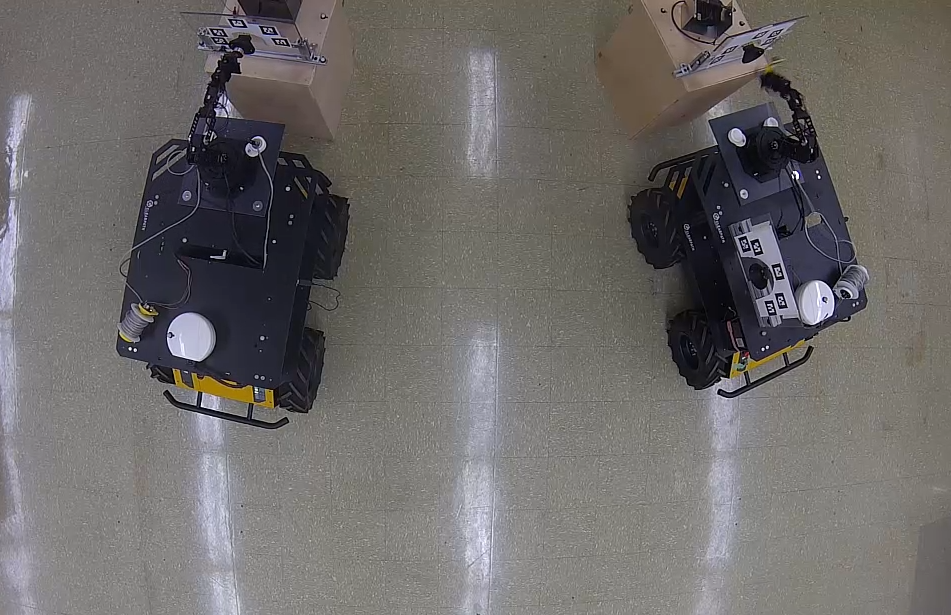 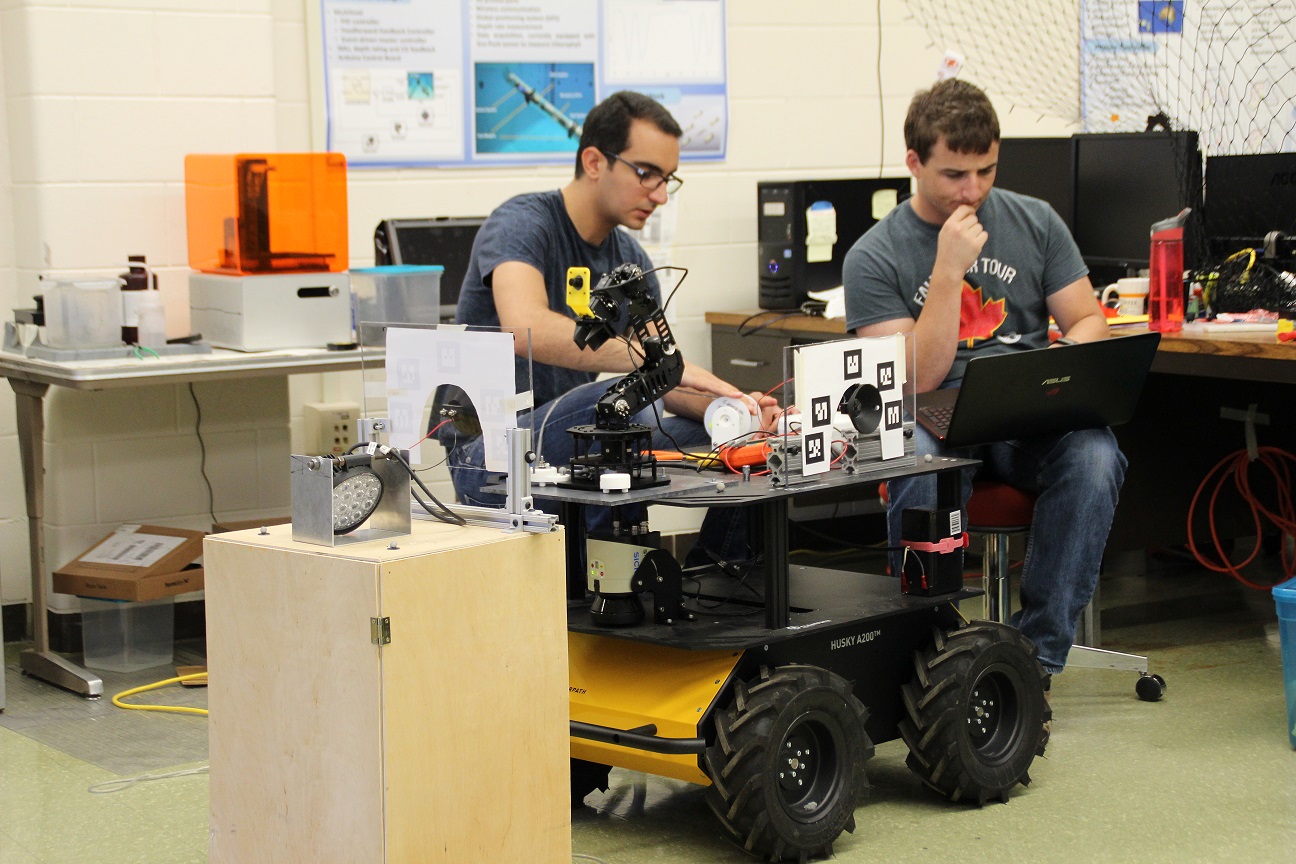 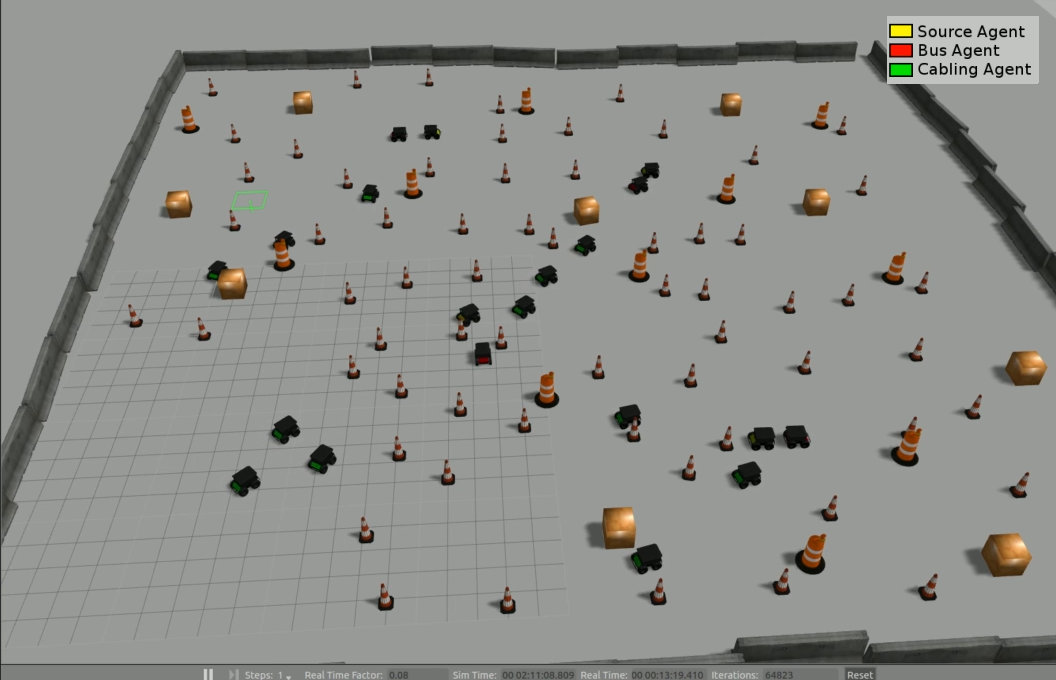 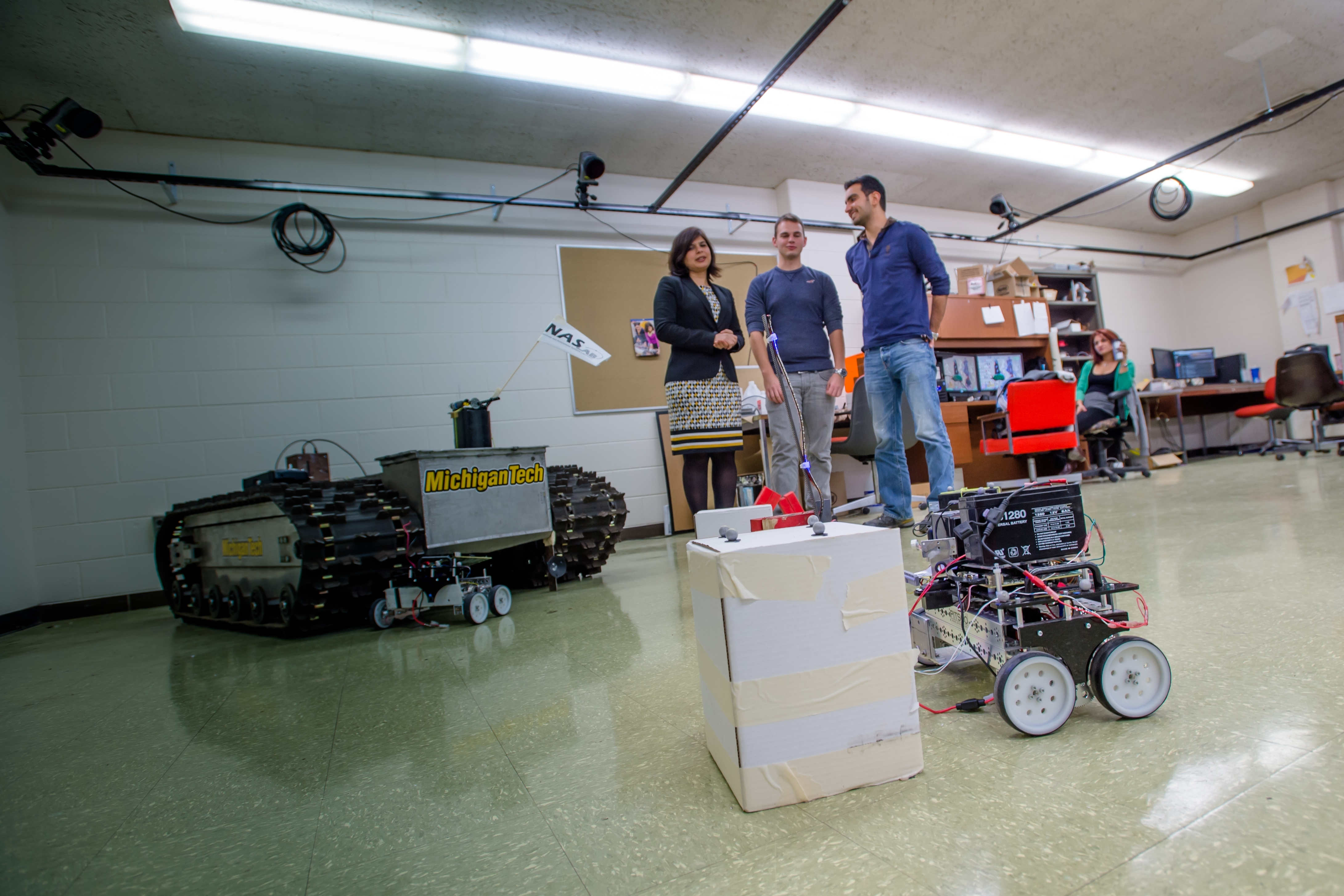 This work focuses on path planning and control of an electric power prepositioning system using lab-size autonomous vehicles each containing  a power electronic building block of a mobile power-grid. The developed system will be scalable to real-size applications.

This is a collaborative effort with Center for Agile Interconnected Microgrids.