Supported by ONR, the Research-Oriented Underwater Glider for Hands-on Investigative Engineering (ROUGHIE) prototype has been developed by NAS Lab team. The ROUGHIE is designed to be highly maneuverable, for near-shore task-oriented experiments and testing of efficient individual and multivehicle control strategies. At 10% of the cost of commercial underwater gliders, a ROUGHIE fleet is affordable without compromising the sophisticated control systems and maneuverability. 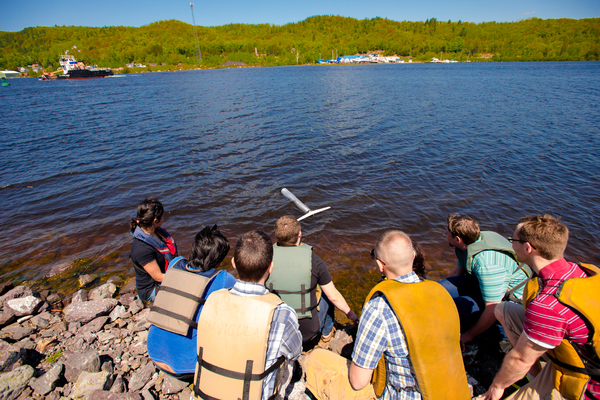 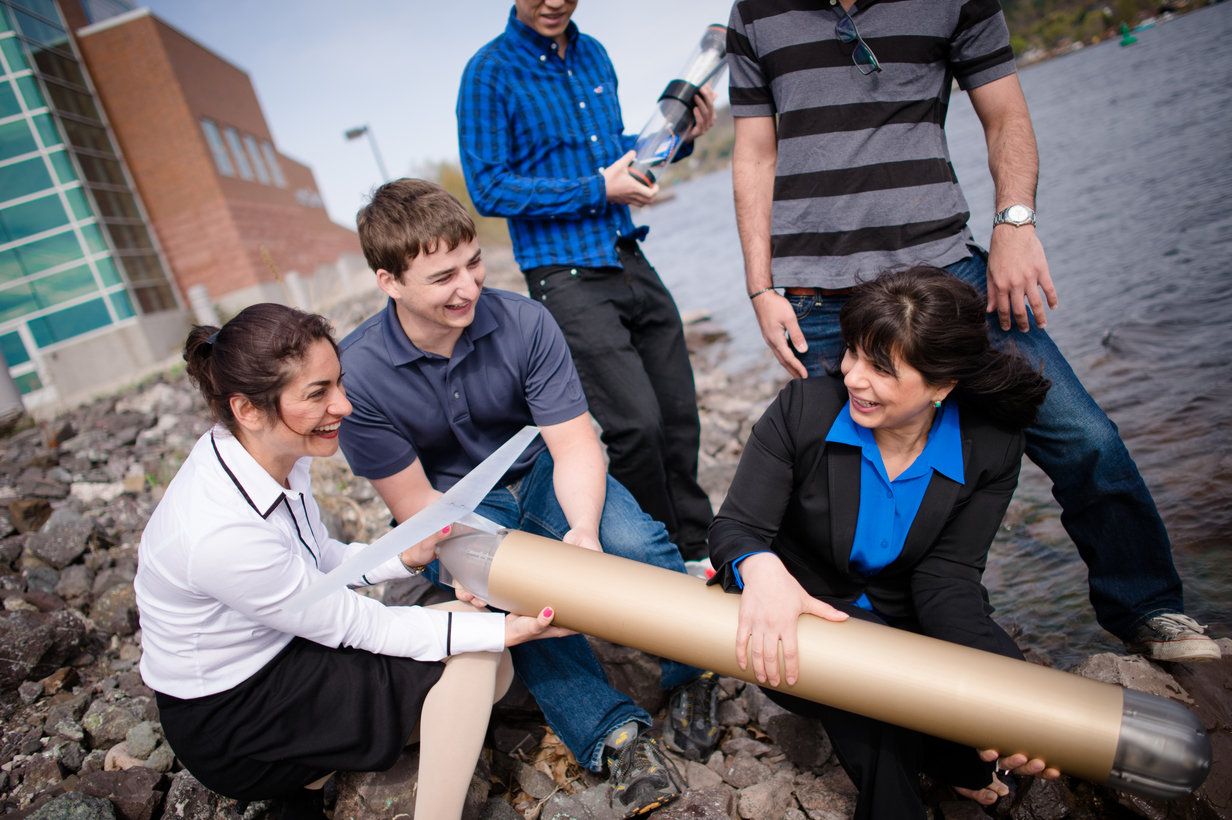 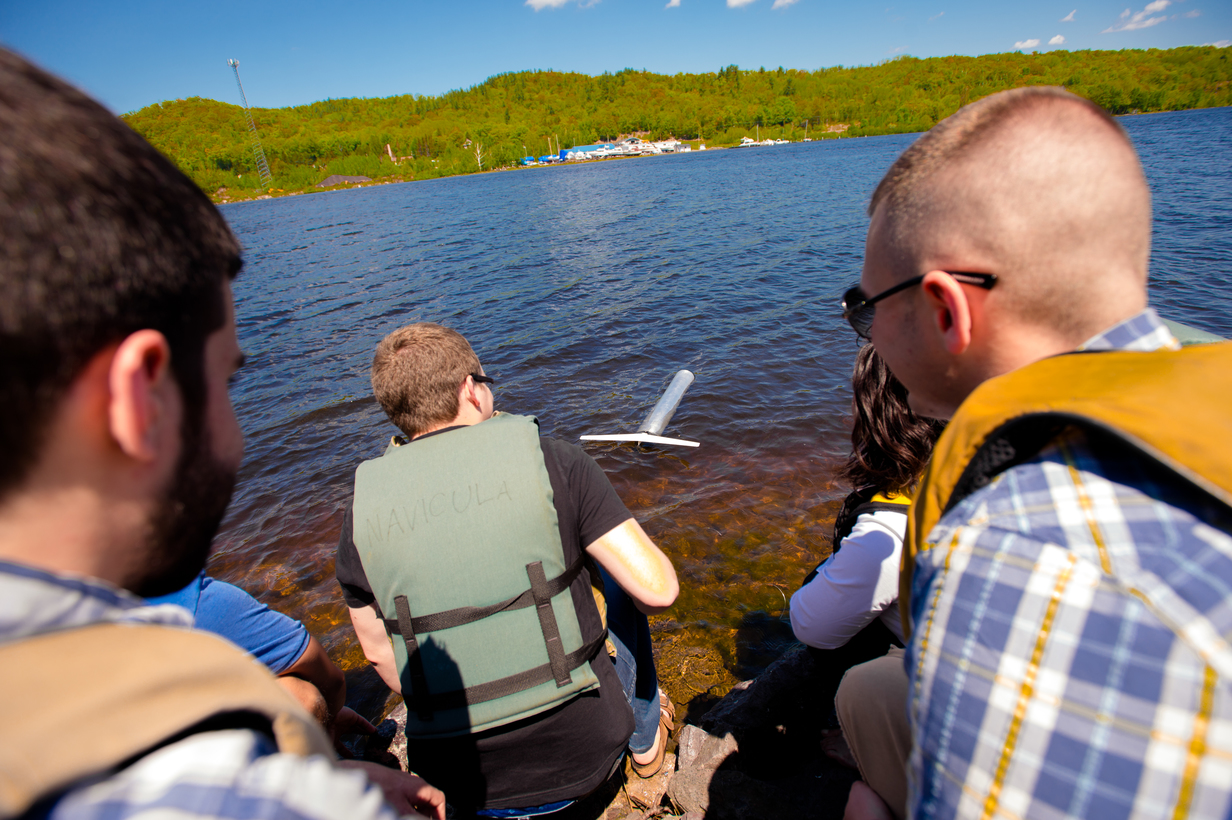 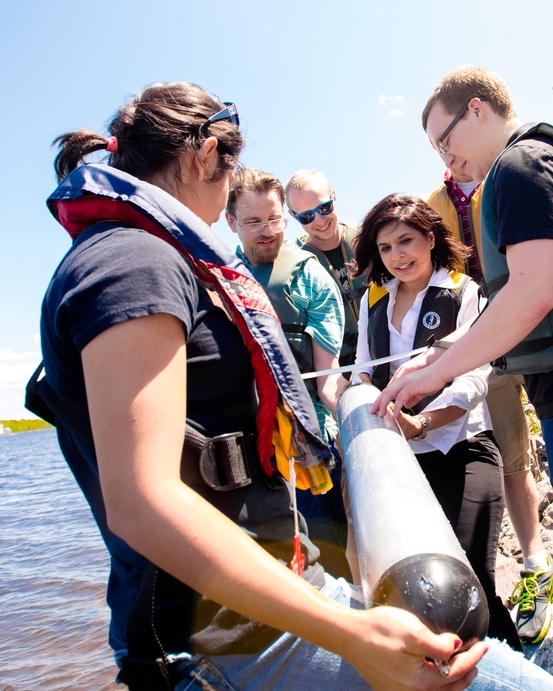 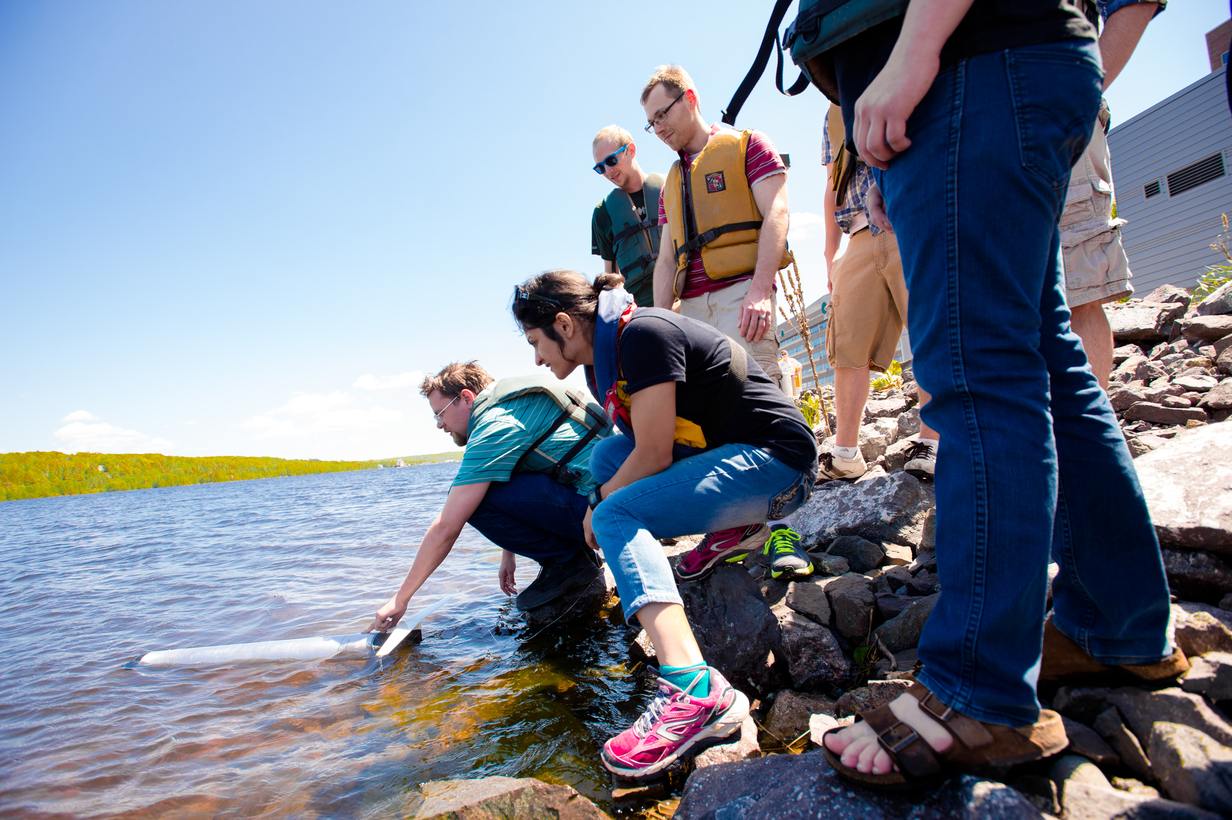 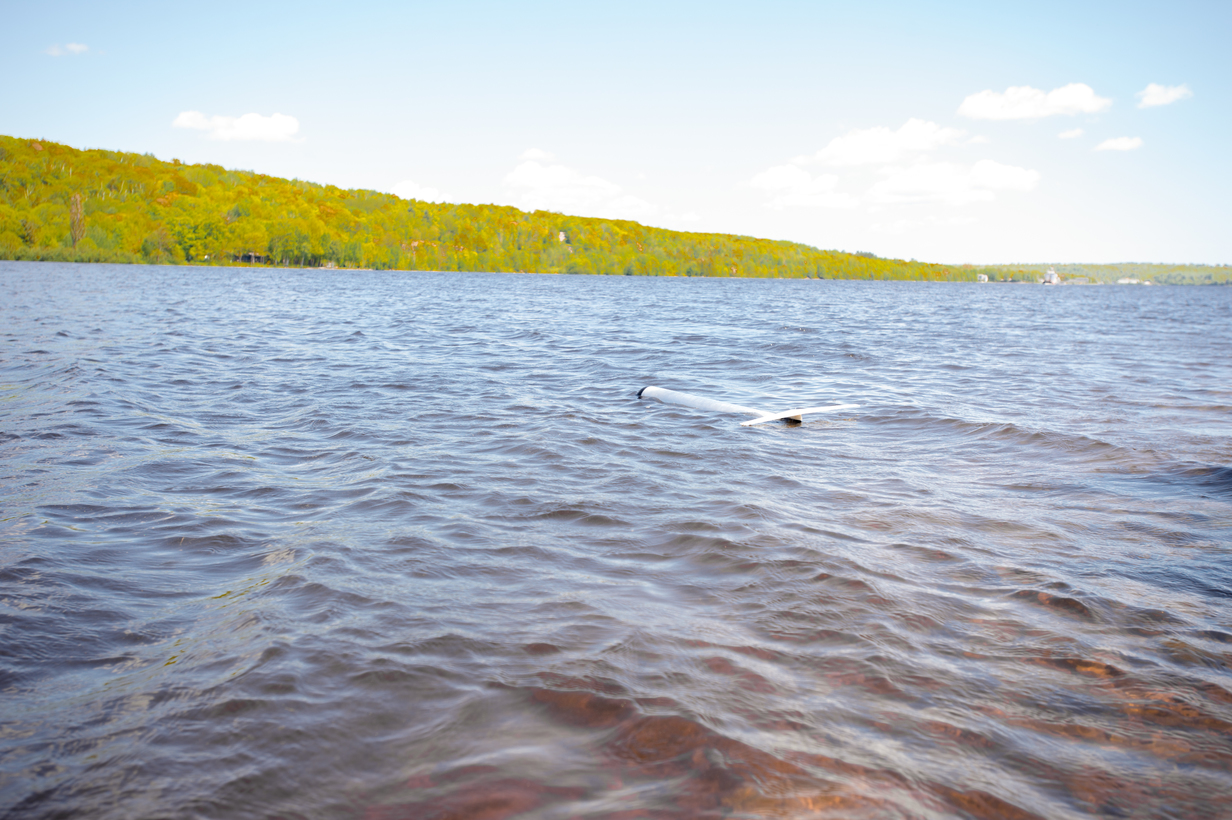 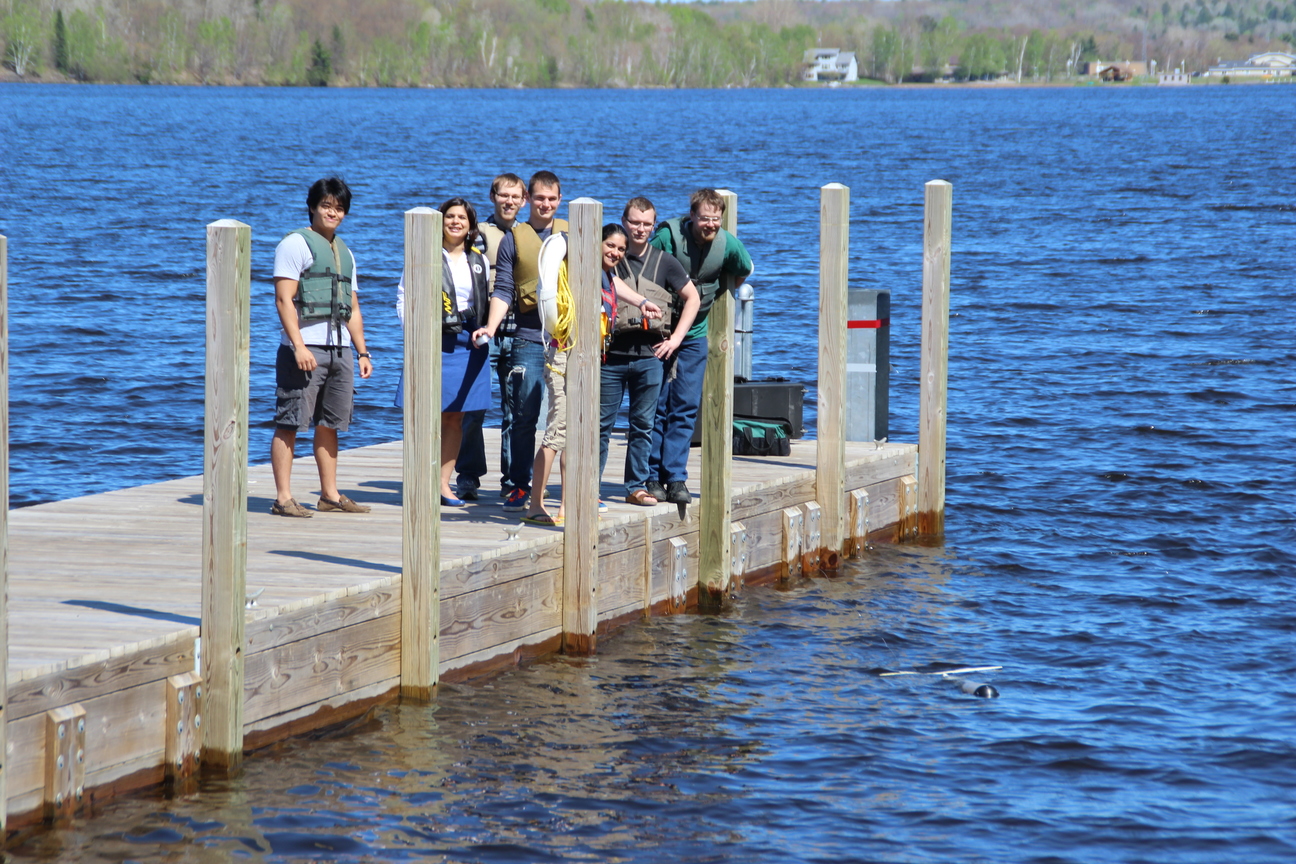 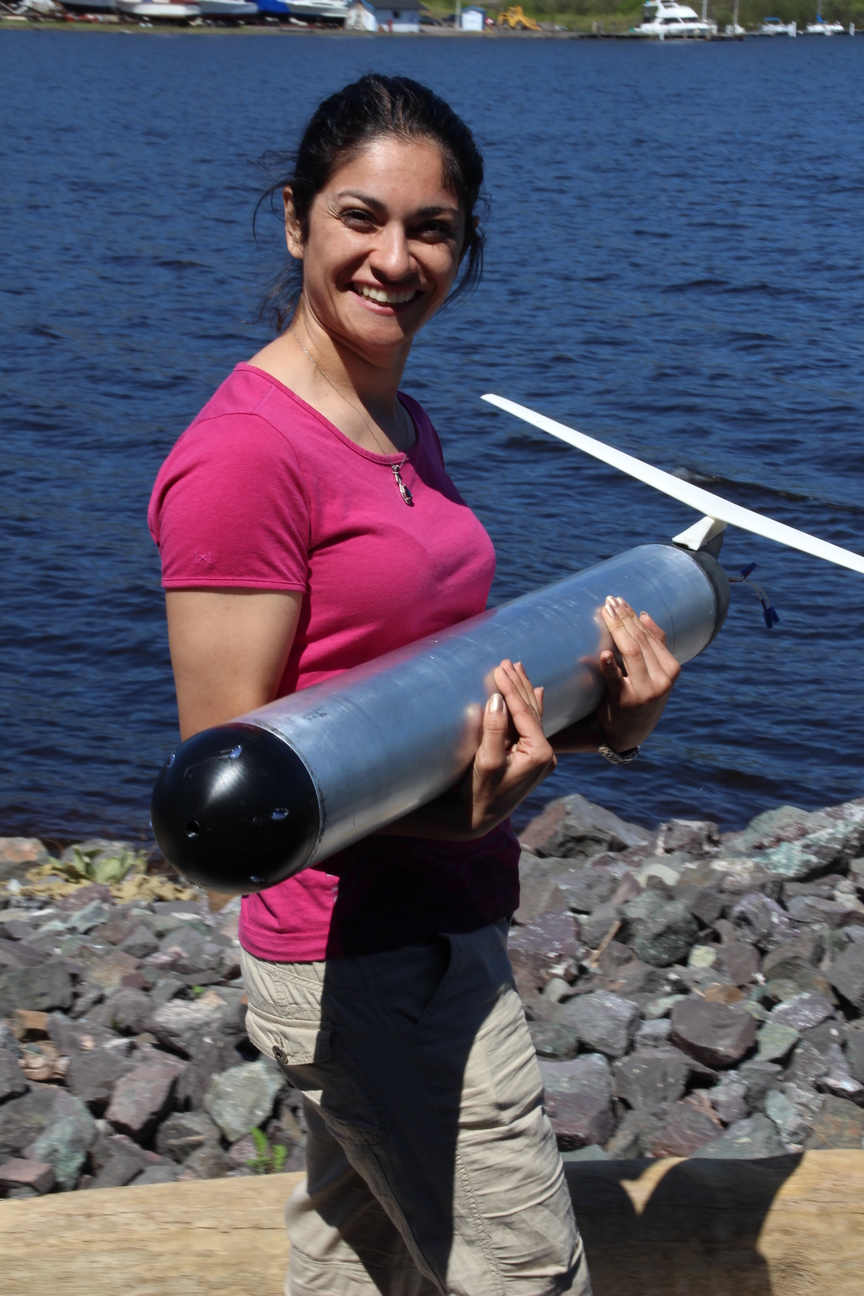 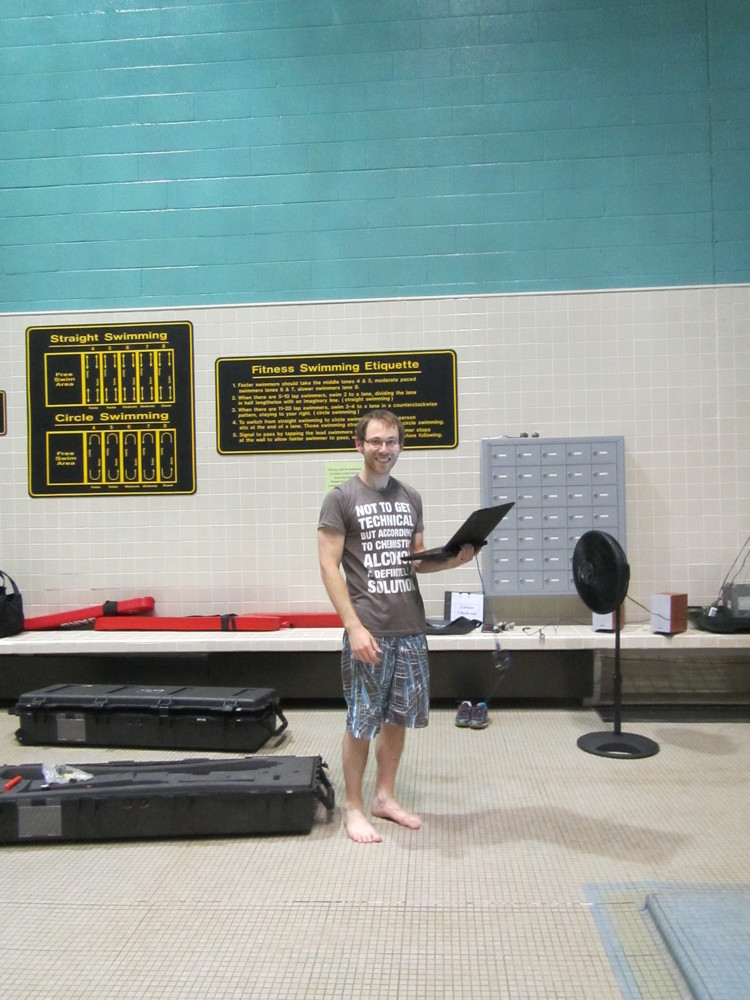 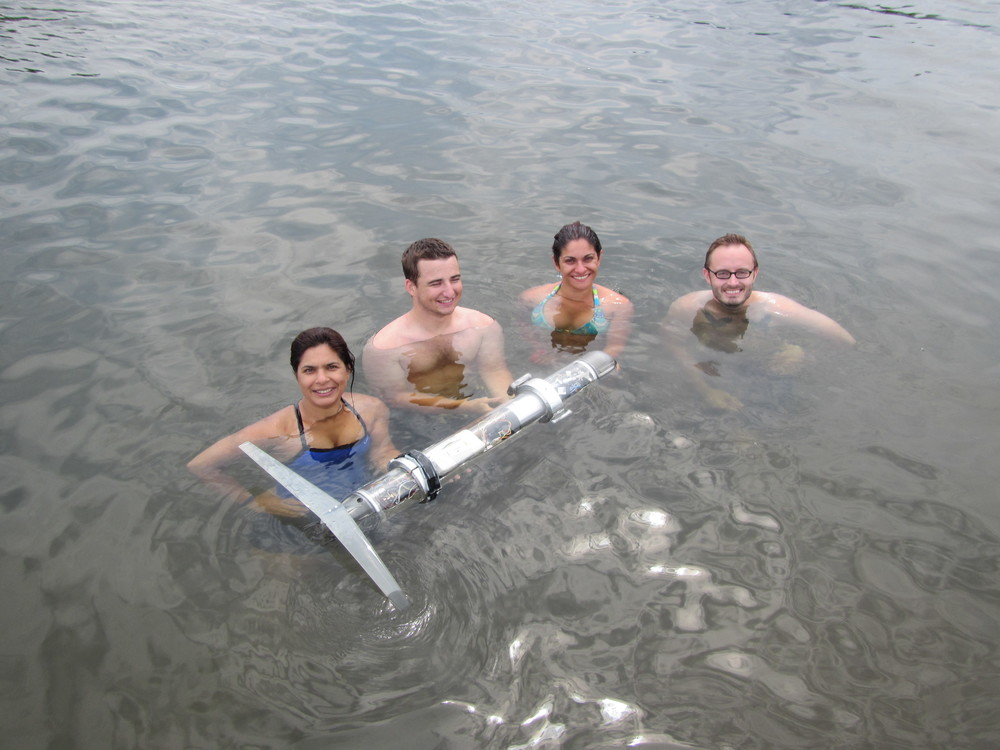 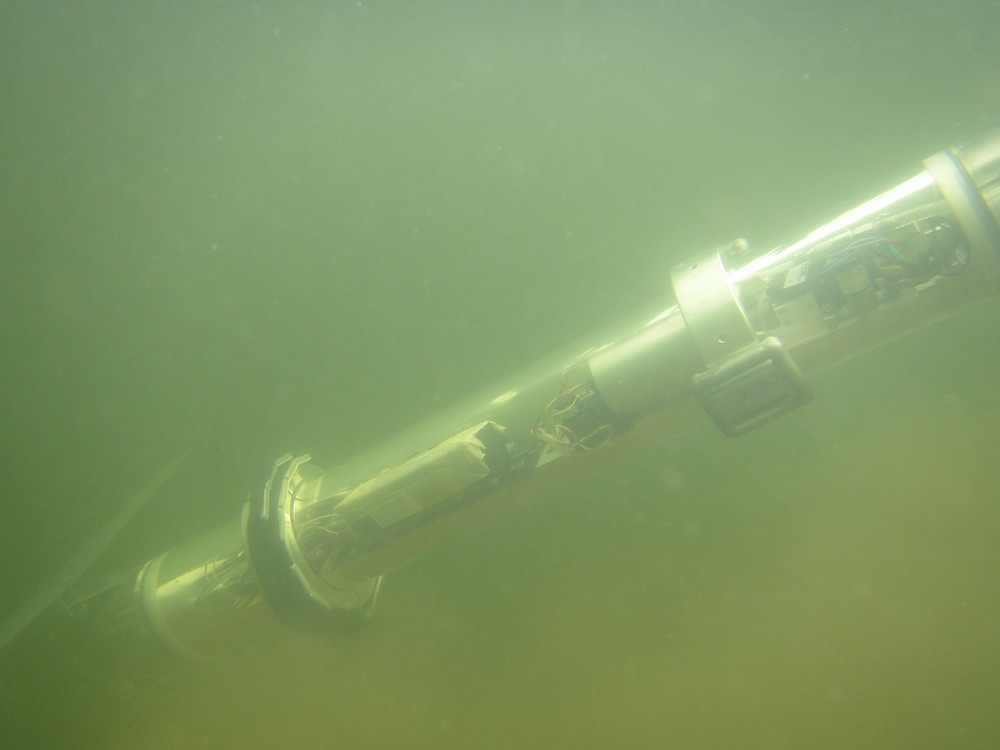 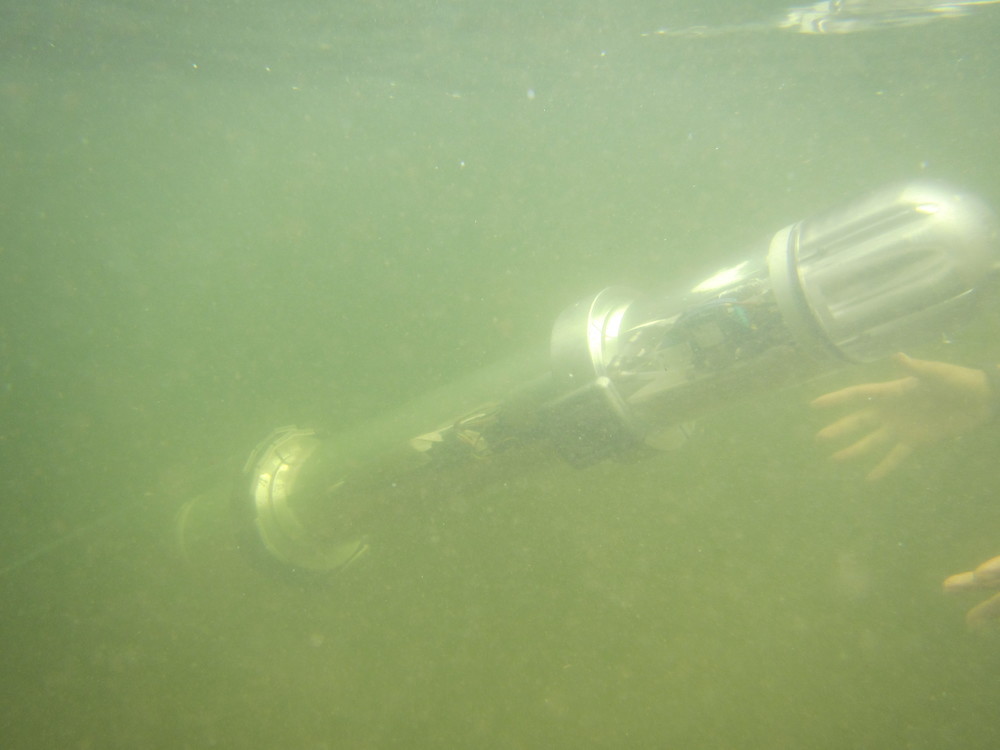 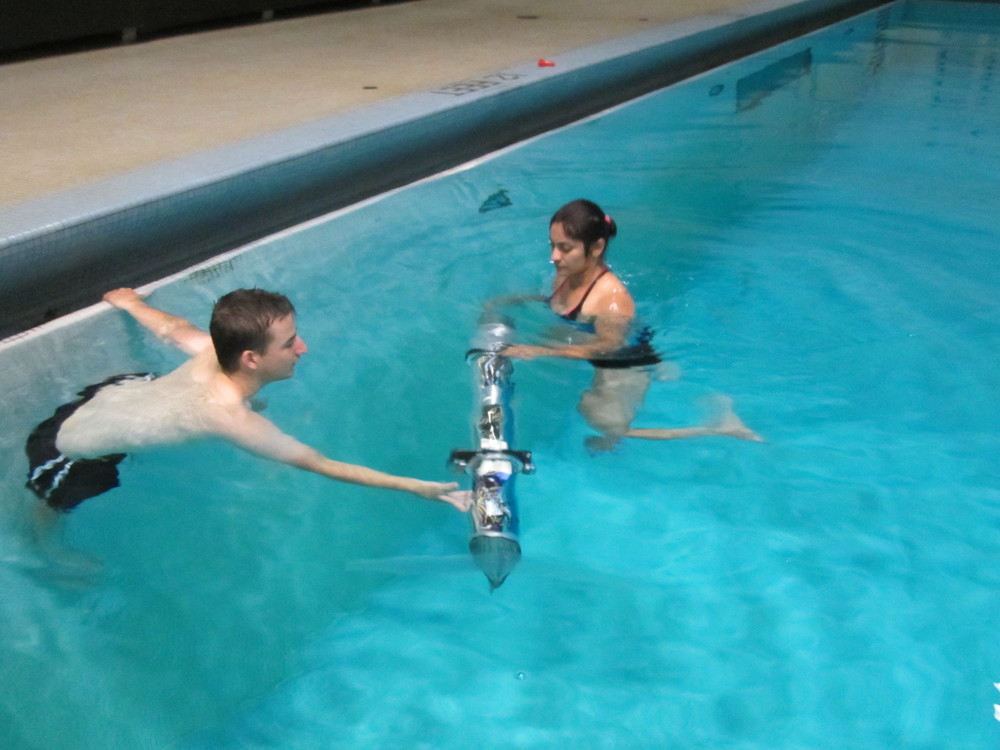 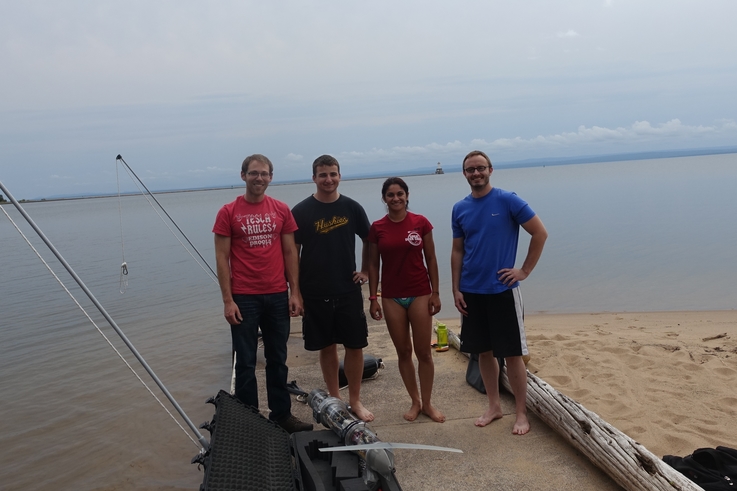 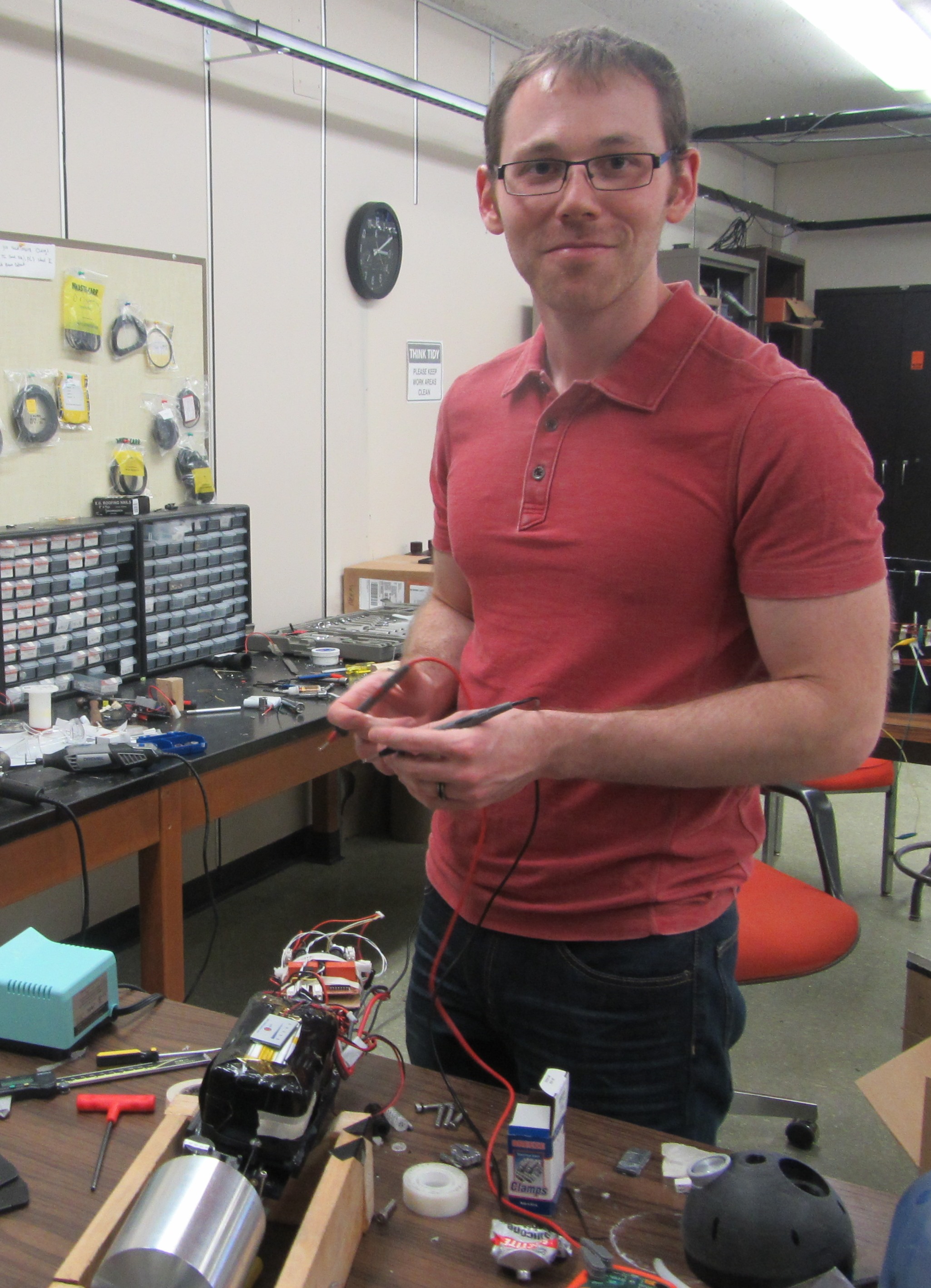 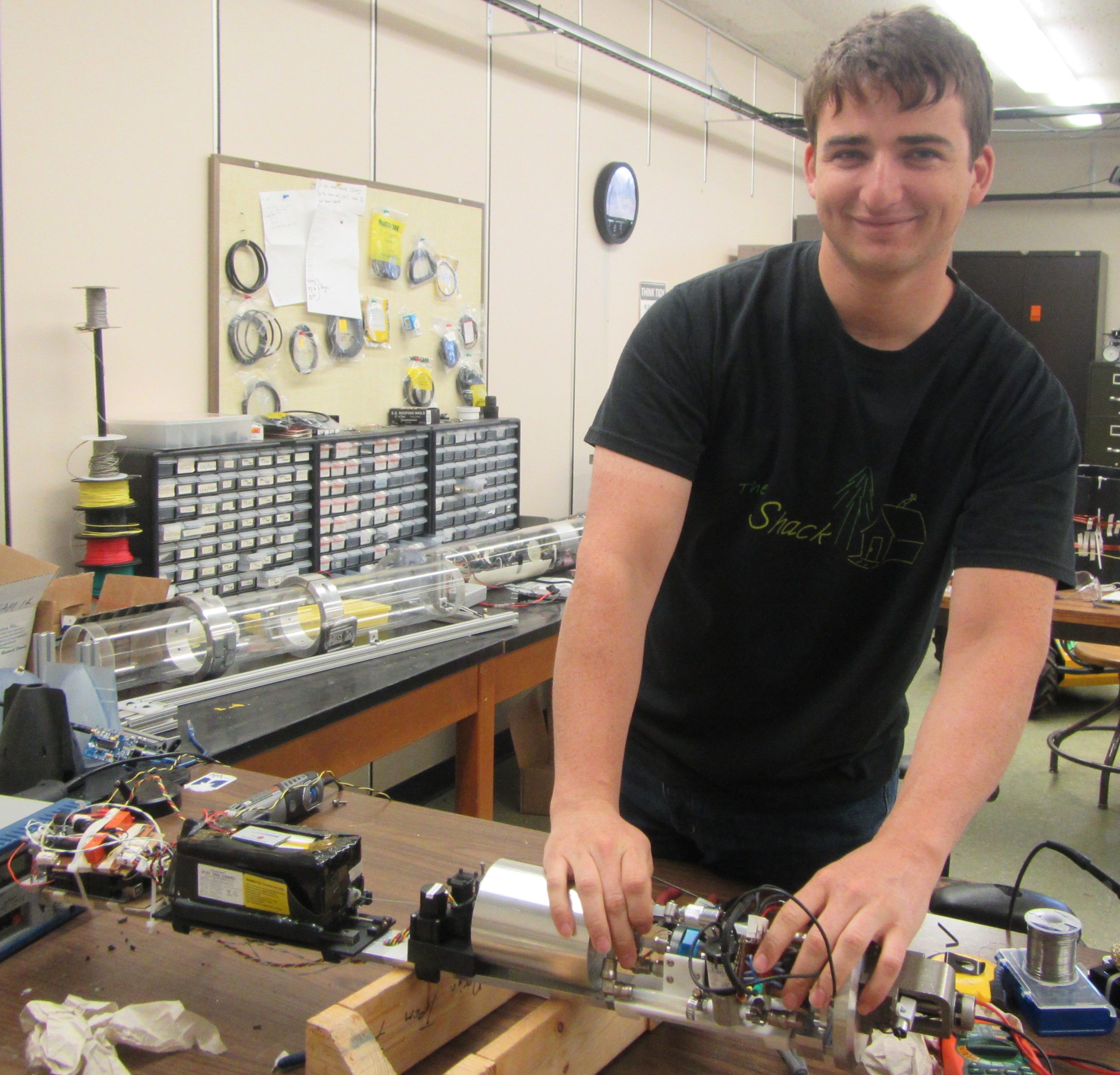 ROUGHIE is 4 feet long and weighs 22 lbs with minimum operating endurance of 12 hours and maximum depth of 160 feet. The onboard sensor package includes a GPS, an AHRS, a pressure sensor, a wireless communication antenna, and one forward looking sonar sensor. A feedforward/feedback motion control system is implemented on the ROUGHIE to facilitate efficient three-dimensional maneuvering and to track reference paths planned.

The ROUGHIE design is modular, allowing swapping out or adding different components and sensors depending on the task at hand. ROUGHIE prototype capabilities is being be evaluated through water testing. Over 90 hours of water test has been conducted. The design is being optimized to provide a reliable platform capable of performing in inhospitable, uncertain, and dynamic underwater environments. The team is developing a complete dynamic model of ROUGHIE, including actuator dynamics. Simulations is being used to test planning and control algorithms for performance and efficiency improvements. A ROUGHIE software system is being developed that can be configured depending on the mission specification.

Current efforts include developing a fleet of three ROUGHIEs and implement and extend coordination strategies to ensure consensus among a fleet of underwater gliders and formation resiliency even in presence of a time-varying flow field, limited communication, and unit failure.